My first race of 2016 was a flat 10k – an absolutely amazing run on a cold but bright morning last weekend.

This was the first time I’d run a 10k proper race, as mostly with obstacle courses I don’t really run it flat out as the distances can be much longer and not on tarmac. I’ve only run this distance in training once and lately got up to about 8k the weekend before. 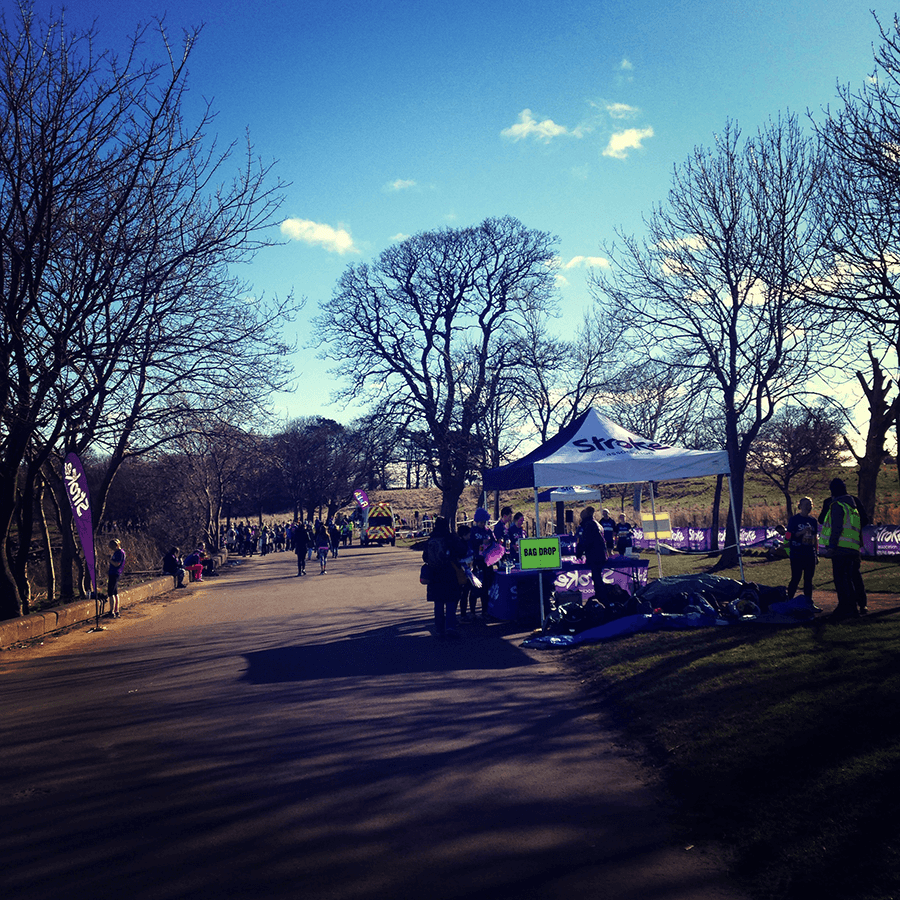 My colleague and I somehow ended up at the very front at the start line – as we set off it felt like everybody passed me within the first few minutes. It was a really cool sight to see the sea of purple stretch out ahead as we all ran in a group before spacing out at our own paces. I started off as gently as possible but got a stitch after 1 mile (happening a lot on runs lately) so just kept going hoped it would fade, which it did.

I really got into it and focused on the music to keep motivated. There were frequent kilometre markers and the course was a big loop of 5k which we covered twice. It was so flat I hadn’t realised how quickly I’d been going and at the halfway point got the time in my ear of about 28 and a half minutes – which is crazy because I haven’t run that quickly for a couple of years. Faced with the possibility of finishing under an hour I tried to speed up for the second half.

When one of my normal fast ‘power songs’ came on I realised I was actually running faster than it which completely threw me – I was expecting to need my good songs to keep going and ended up struggling to not slow down which didn’t work well at all.

The last 2k ended up being a bit brutal (I swear the marquee tent at the finish kept getting only further away) and I was constantly checking my time, forcing myself to go faster, but it was totally worth it – I ended up finishing with a 10k PB of 58.41 which is not a time I think I will manage again soon! 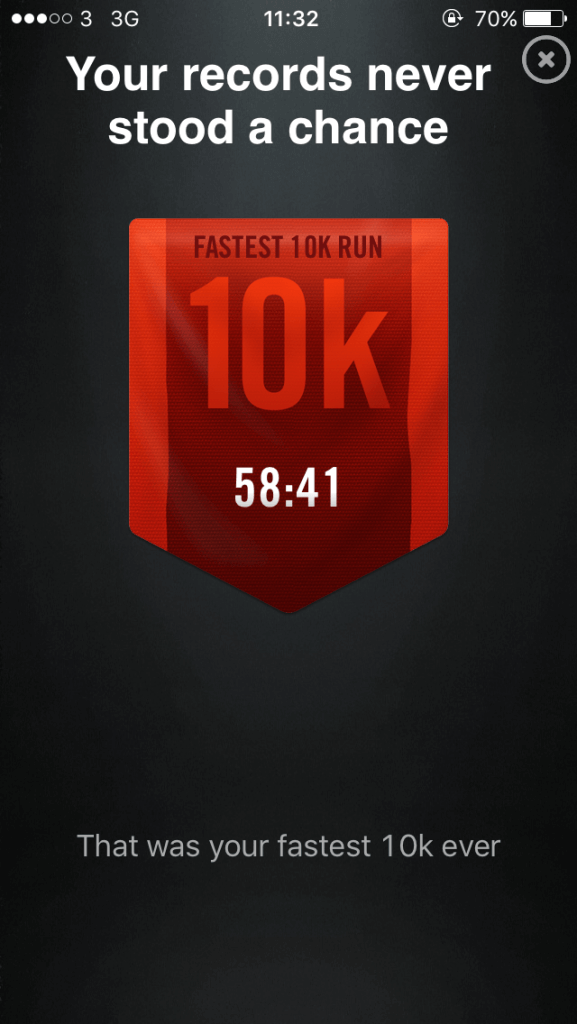 The race had a lovely atmosphere and the age ranges and athletic abilities of everyone taking part was really varied. I’m glad I took the plunge for the 10k and not the 5k, and in trying to keep the momentum going have chosen 10ks for the next few obstacle races as well. 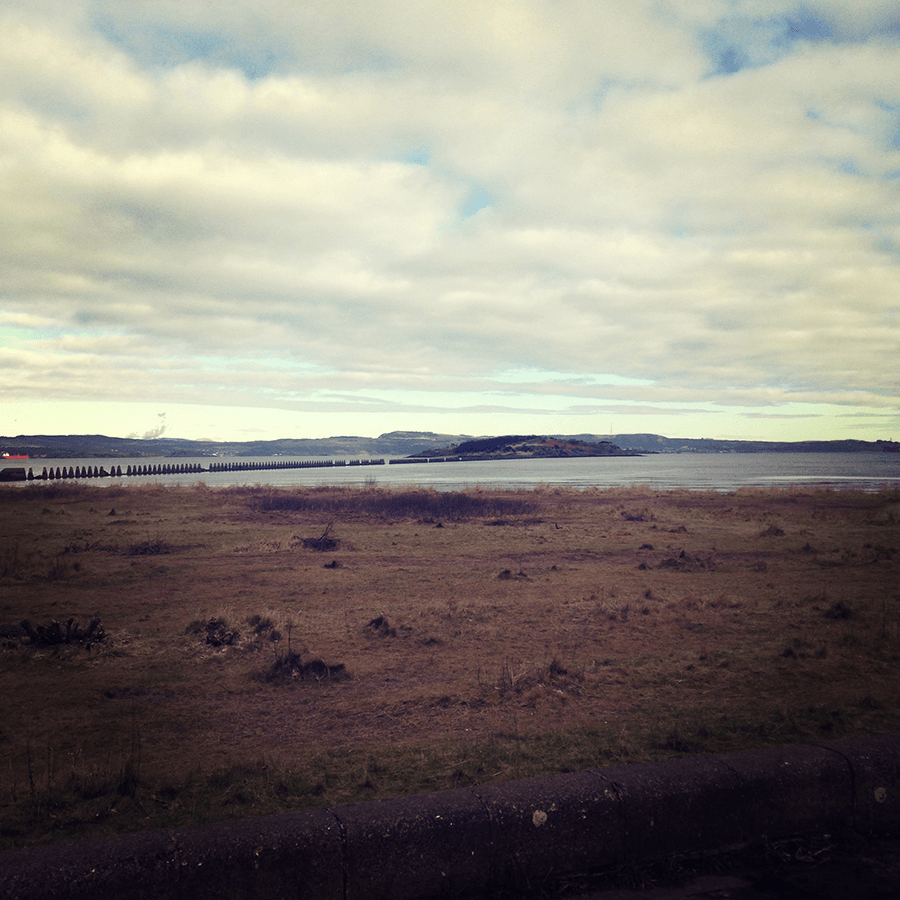 Despite at this point having not signed up for all three Spartan races, I knew mentally that this year I wanted to complete the Trifecta, even if it means crawling to complete the Beast! (err……

The Mighty Deerstalker was not what I was expecting at all. There are two races – a 5k during daylight, and a 10k at night (head torch required). A friend and I did the 5k…

The Spartan Races are a set of three courses that ascend in difficulty – the Sprint, Super and Beast. Sprint, which is what I did, was 5km, with about 15 obstacles. If you complete all…

I took a couple of weeks off after Mudder in June to chill out and give my body a break. I ate a lot of junk having been pretty strict leading up to it so…

Tough Mudder Scotland had 29 obstacles over the 11.7 miles. Five of these were for Mudder Legionnaires only (people who have done at least one Tough Mudder before), 15 were the proper obstacles and the…

On Saturday I actually completed the Tough Mudder course!  After 6 months of attempting to work out and eat right it crept up horribly slyly and suddenly we were facing 11.7 miles and 24 obstacles….

The hardest thing this past month has been the running. It’s just gone completely out the window as deadlines and work took over – which is terrible, because it’s the most freeing thing to do….

I think I’ve managed to find something entirely new in life I’m not very good at. What an achievement. Frozen in fear about sharing anything or knowing what to say, I have absolutely no idea…