This post is a recap of races two (Edinburgh Super, June) and three (South Beast, September) in last year’s Spartan Trifecta. I had already completed race one, the Stadium Sprint, back in April and had done the Edinburgh Sprint in 2014. The three races for this year make up the three levels of difficulty in the trifecta. 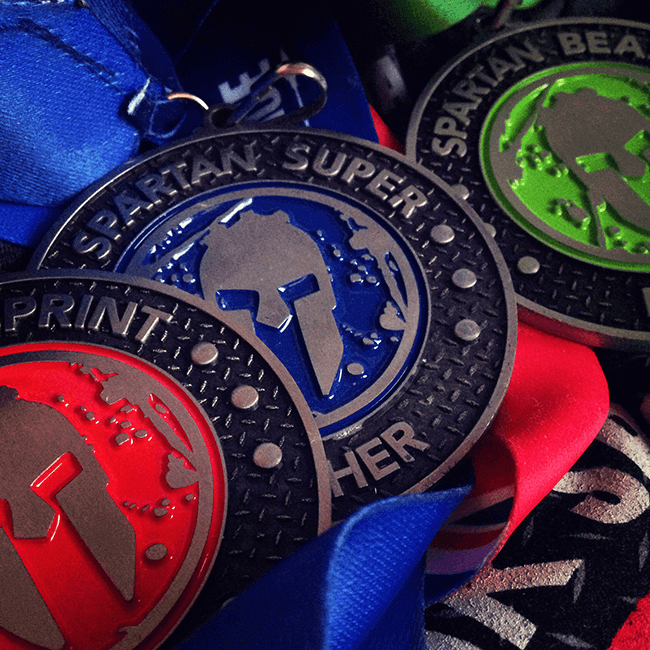 Oh. Looking back at last year, this race was the most physically demanding of them all. It actually became a ‘thing’ talking to people at the Beast of the legend of the Edinburgh races! They were held in an 100% uphill part of the Pentlands – open grassland, no woodlands, and on a weekend in June where the weather just went ‘nope’. The Sprint had been on the Saturday and those guys had it much worse – rain and wind for the entirety of the day. Ours was overcast, and I think rained before my friend and I headed out, but stayed dry for most of the race itself.

To put it in context of how uphill it was, it took us 6 hours to do the 15km. In contrast, the Beast (24km) a couple months later took me 5 1/2 alone, and that was with a double injury (which I will explain soon). The Super was a lot of uphill walking – and everyone was in the same boat. I don’t recall anyone ‘jogging’ up the hills – it was lines of people snorting and groaning the entire way round.

It covered pretty much all the standard Spartan obstacles – wall holds, rope, walls, more walls, tire carries, tire flips, hoist pulls, A-frames and for the first time (for me) a submersed swim across a small part of a river. That was short though, and we were really only just in then getting out again.

To be honest, my overall impression of the race was being soggy and a bit cold. For once, clothing choice worked out ok – vest with long-sleeved top – as with the chill in the air and the water parts the only way to keep warm was to keep moving. I remember dejectedly being told the time and realising the people we were alongside had started something like 2 hours after us. I don’t know what we could have done, though, as we were really trying.

This was the first race last year I managed the monkey bars in. I took off my gloves for this – they’re great for protecting hands from splinters and letting you launch yourself over walls, but cannot grip on metal poles. I’m still searching for gloves with a grip to do both, but it’s not a big deal to throw them aside while you cross.

We were both frustrated that one of the upper body sections – hoops, a couple of bars, and some mini-ropes with knots to swing across – was obviously on-purpose put after the swim when everyone was soaking and couldn’t grip. It just made it feel like we had no chance. I got as far as the ropes, but one of them was missing and I dropped after consequently trying to switch lanes. 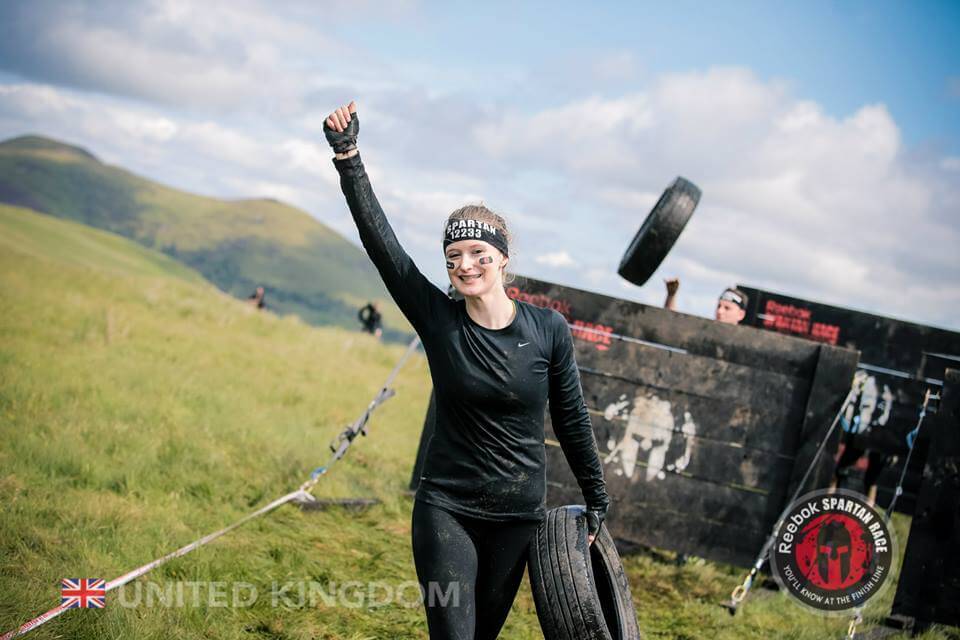 Of all the obstacles that really shouldn’t be a big deal, the log carry almost broke me, and otherwise had been having quite a good time. My friend had got a bit cold (rightfully so – the weather had taken a turn for the worst by this point and we knew we still had 6km or so to go) and wanted to bypass the obstacle, so I set off with Mr Log on the log loop, hoping I wouldn’t be alone for too long. It was at least a mile (I was gone about 20 minutes) and honestly I don’t know what it was about it but I couldn’t get a grip on Mr Log and hoist him up properly – so he ended being sort of awkwardly cradled the whole way.

Of all the races to not do alone, that was the one!

This was held near Hastings, on the grounds of a Christian retreat – Ashburnham Place. I wish I had taken more photos. It was a really beautiful setting and I can see why retreats like these are so attractive. It’s staffed by young people from all over the world and it must have been horrific having 2000 adrenaline-fuelled, noisy, bass-pumping racers descend on them for the weekend.

I actually stayed at the retreat the night before (it was amazing – dinner, bed and breakfast for something like £50), having got the train down to London then one further south, and a local taxi to the grounds. For anyone needing to travel for a race sans car, this seems to be the best option – find a local taxi company and ensure your accommodation is as near to the race itself as possible. It actually all worked out perfectly, which the pessimist in me was surprised about – so many things could have gone wrong with the travel.

This was the first race where I had extreme nerves to the point of nausea, because it was so long and had a full-on river swim. Franky, I was scared, and didn’t know what to expect.

My start time was midday – not by choice, but because Spartan had moved everyone’s times around to make starts more frequent. I had an awful nights sleep being so nervous and woke at 6am unable to get back to sleep and feeling sick with nerves. I went for breakfast, shaking, trying so hard to eat, registered at the event village and then headed back to my room to wait. Anyway, really boring story aside of how everything else went, the race ended up being pretty brilliant.

It was a superb mix of woodland, open grassland and lots of water. I had an absolute ball for about the first 8km – I ran the whole way, got through the river swim completely fine (and as soon as that was out the way I was set) and the time flew. Sadly this wasn’t to last, and things started to go downhill from there. Thanks to my poor first-aiding techniques, a plaster that had been holding on one of my nails came off, leaving it open to dirt. I also put my hand down and had a twig go in another nail. Then I began to get pain in my upper thigh (the hip flexor) with the motion of lifting your leg to step, and soon after the other one joined in.

So that was it. The pain got worse and worse. I took painkillers (so relieved I’d brought them), and began what was to be the hardest part of the race – around 7km throughout a set of fields, carrying things, and then the brick carry through mud for about another 2km. It was just really, really long and I struggled to do any running. Every single time I lifted either leg there was pain.

I got so angry at myself and upset – not because I was having a bad time (I was 100% determined to enjoy this, because I really love it) but because I was in pain and also angry that I couldn’t run and give it everything. The weather was perfect, the terrain was perfect, I had been training and wanting to go full tilt, but beast mode had turned into slug mode.

It had some great moments though. There was a memory test where we had to remember a letter of the phonetic alphabet then a seven-digit number based on our headband number and recall it much, much later. I lucked out so much – mine was KILO 047-3447 – and could remember it based on 1. I was carrying heavy things anyway and 2. I am a huge Alias fan and 47 is the ‘easter egg’ number.

I also quite enjoyed the sandbag carry as we had to take them for quite a while, including over some angled walls. That was quite late on and I think by that point I was just happy I could manage anything. It was good challenge.

There was also an amazing ‘tree top walkway’ where you climbed up a ladder and crossed on a walkway over a road then back down the other side again.

The hardest obstacle came just before the end (behind the walls below) and was a 30kg concrete medicine ball carry. 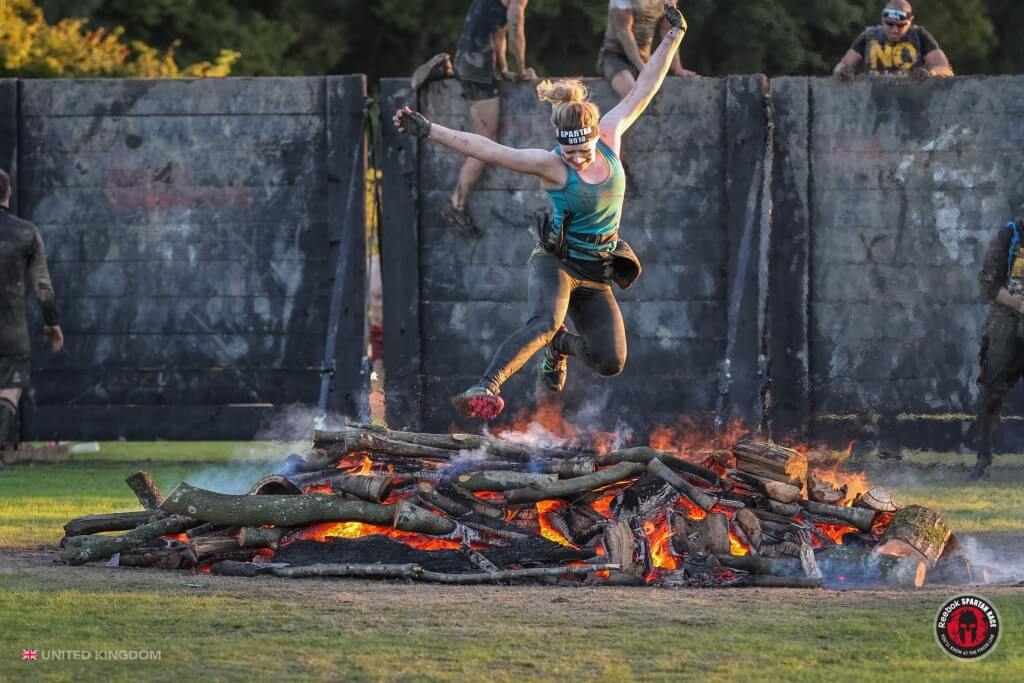 So the fire jump ended up being the most painful part of the whole thing. I dropped over the wall and took one look at the giant mound of flames of doom and thought there wasn’t any way I could make that jump. I could barely lift either leg at this point and that is an expression of both pain and fear trying to leap and raise my legs high enough. I was lucky to clear it. 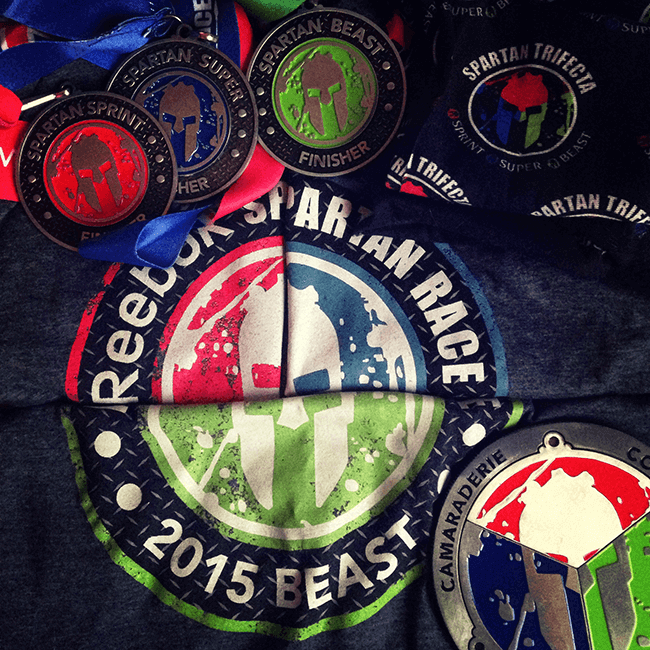 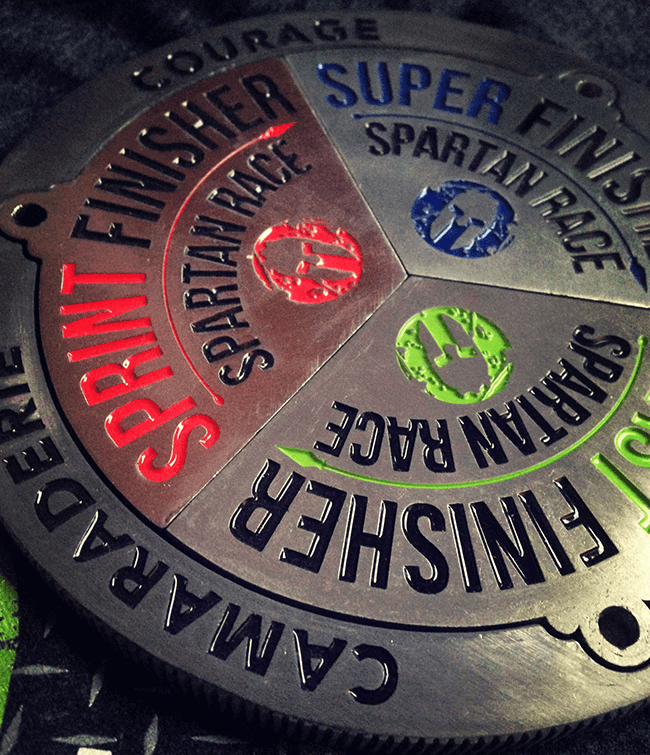 I would recommend the Trifecta for anyone looking for a personal challenge. It’s not as bad as it seems, 100% manageable, and is so much fun.

Despite at this point having not signed up for all three Spartan races, I knew mentally that this year I wanted to complete the Trifecta, even if it means crawling to complete the Beast! (err……

Yaaaay Alice! So proud of you for this. It was lovely to be a very small part of your Trifecta adventure too. 😀 xx

Go you! I mean that is so impressive, you should be so proud! I started doing crossfit recently and it’s slowly creeping in my mind that I should join you for one…but I may die haha

Ah lucky!! I would absolutely love to do Crossfit but I can’t find a local one to get to easily. They are all super-early in difficult parts of town 🙁 I’ve heard such good things about it. Haha you would be fine, honestly! Give me a shout if you are definitely thinking of doing one 😀