Despite at this point having not signed up for all three Spartan races, I knew mentally that this year I wanted to complete the Trifecta, even if it means crawling to complete the Beast! (err… looking increasingly likely…) I was left with a choice about the races – there is only one Beast, in September (now horribly close), and the Sprint and Super in Scotland were on consecutive days in July. Having done the Scotland Sprint last year, I wanted to do the Super in my homeland this time. This left only one Sprint in the UK easy to get to, and, due to being a ‘stadium’ race, looked a bit more interesting – at the Allianz Park in London.

This was by far the easiest and most gentle obstacle race I’ve done! It was a hot and sunny day with no mud or water on the course (apart from the water bucket carry, and I soaked myself by dropping the bucket..). It was basically in fields around the Stadium, with the last portion on the tracks and the bleachers.

We arrived to find the parking completely full and people being directed to park in a nearby side street. We were so lucky to get a spot at the very end of the road. I just feel this is worth mentioning because I haven’t been impressed with Spartan Race’s organisation this year and this is a huge oversight for such a large event. The traffic was backed up and it took us over half and hour to pass the entrance and get to park.

Parking aside, this was a great race. We started off with some hurdles and haybales as usual, and then onto all the classic Spartan obstacles – water bucket carry, army net crawl, tire carry, walls, sandbag carry (up and down the bleachers), can hoist, spear throw, wall hold and lots of gentle running. And the rope, which again I cannot manage at all. It was a race I wish I could have pushed myself more – but being with friends, we ended up in a group of six having banded and bonded together with a few others. Burpee count – 60! (rope + spear throw).

Being pale and Scottish, I caught fire and achieved appalling sunburn. It’s now 3 months later and I actually still have the tan lines on my arms… I’m also taking ages to write these up, which is really pathetic. I’ve been struggling lately with daily motivation and as a consequence my blog has faded. It’s something I am* going to pick back up in the next few weeks, especially with the Beast around the corner. *Do or do not; there is no try. 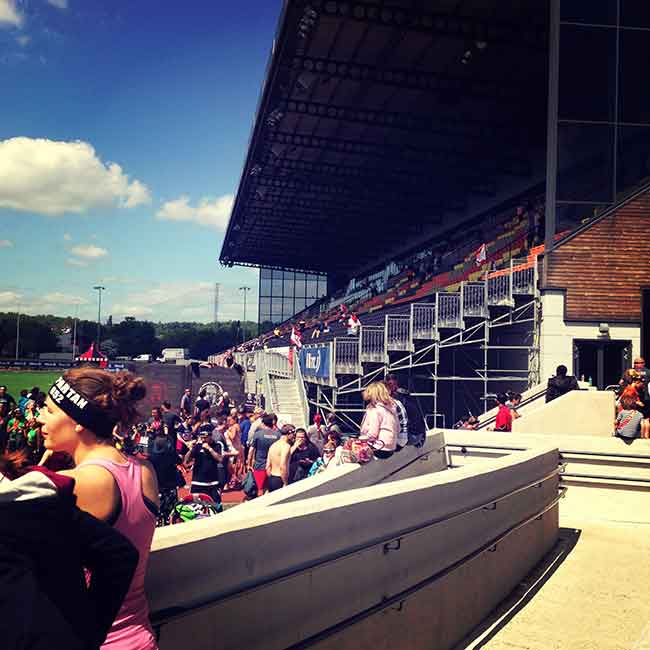 On the right are the bleachers where the sandbag carry zig-zagged up and down. The largest wall on the course is also visible with the Spartan stamp on it beside the set of steps to the bleachers. 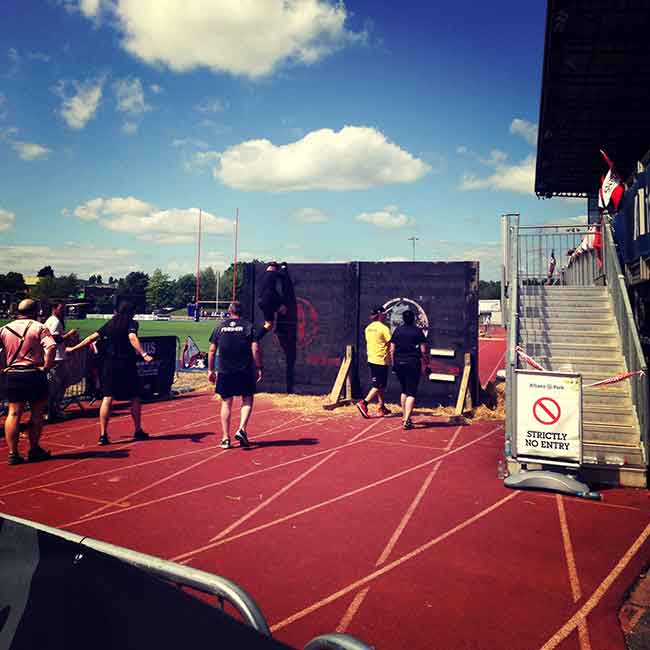 This is a better view of the wall. I don’t have any fear of getting over it now having managed three times – like people say, once you’ve got the leg over, you’re fine. The two footholds are visible on the right and I think I am able to get over on my own using those, but will always ask if there’s someone nearby just for an extra boost/soft thing to land on. To be able to run at it and get over (like the guy on the left is doing) is the dream!

I couldn’t actually get any more photos of the course as these were the only views available from the spectator area. 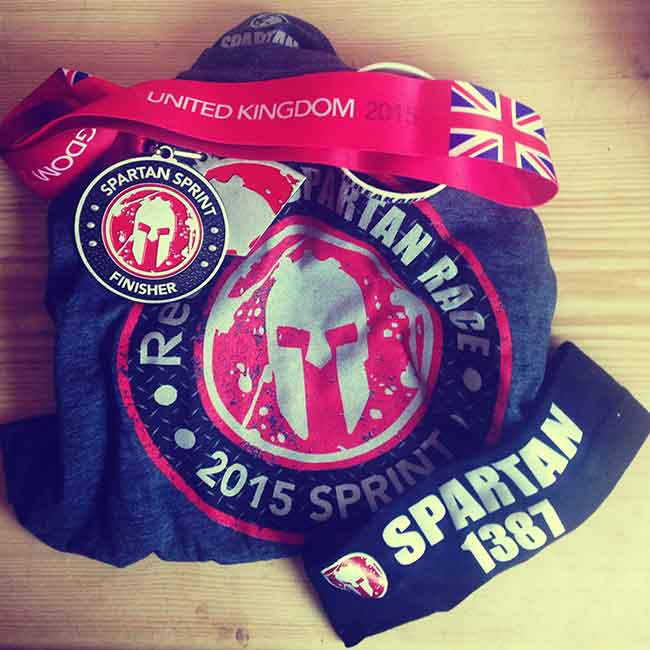 The amazing prize 🙂 t-shirt, medal, headband. There is a wristband hiding in there too – which was from an official training session in the Meadows (also with a ‘I’m training for a Spartan race’ t-shirt). I think at this point I don’t need to ever buy new t-shirts again!! 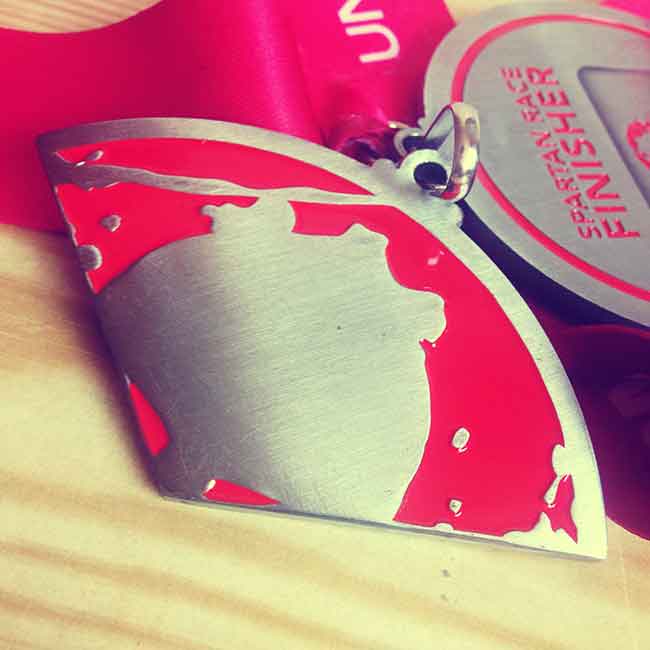 And finally… the first third of the Trifecta medal (now 2/3rds there!!). It’s now less than a month until the South Beast, and I’m absolutely terrified about it.

You will be absolutely fine for the Beast, Alice! If you can conquer a 5 hour long Super with vertical hills, you can do anything!! 😀 xx