The Mighty Deerstalker was not what I was expecting at all. There are two races – a 5k during daylight, and a 10k at night (head torch required). A friend and I did the 5k because it seemed the better option last-minute and I don’t think either of us owned a head torch. It’s held at the River Tweed (hence the tagline “Do it in tweed”, which we didn’t) and billed as “Scotland’s Original Obstacle Race”. 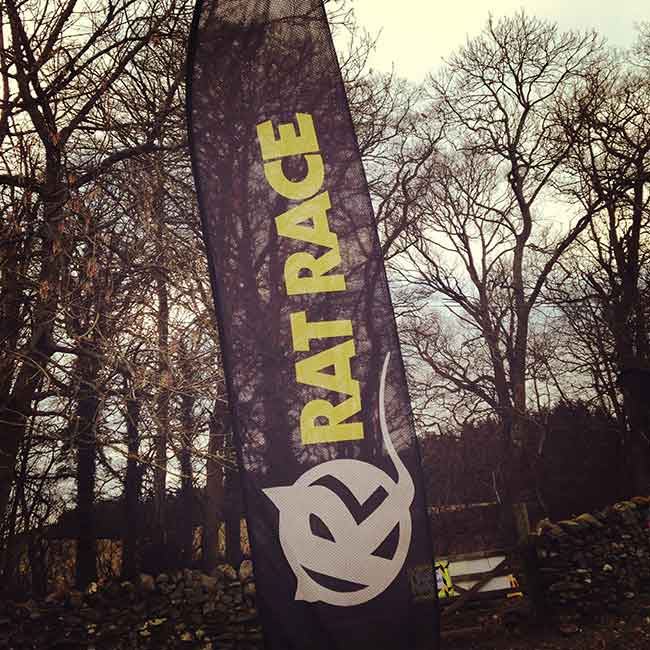 But an obstacle race it was sadly absolutely not – this was basically just a long run, up a big steep hill and through a couple of relatively shallow streams. There were practically no obstacles, the only ones I remember being very near the finish – a cargo net crawl and a sloped wall with a rope and drop down the other side. To be honest, it was great fun, but a little disappointing. I had been picturing big fun obstacles, lots of log climbs and mud, and there was nothing like that.

The challenge was the terrain – many of the paths were very steep, needing either climbing up on all fours or sliding down while sitting. The inclines were tiring and due to the volume of people struggling and walking, it wasn’t easy to run. The views over the valley were magnificent, though.

The race is advertised as ‘5k and a bit’, but a woman near us in the changing tent had a fitness watch on, and said we covered over 6 miles, which puts it at at least 10k! I feel that’s false advertising on Rat Race’s part – we weren’t bothered but if you’d only trained for a 5k you probably would have been in for a shock.

One of the nice things was getting the t-shirt before the race, so everyone ended up forming a block of putrid yellow going up the hill. I wish more races did this because it’s great to feel part of something while you’re doing the race. 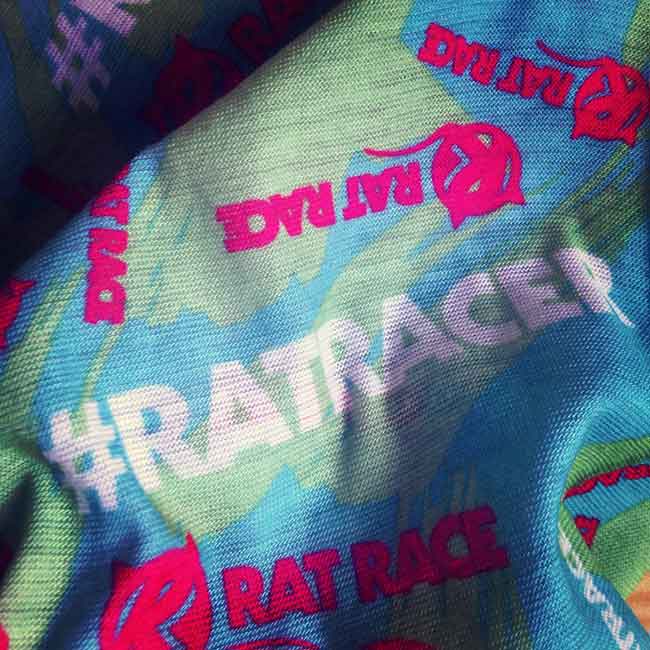 We also got this awesome thing which could be a head cover, a head band or a scarf. I’ve worn it loads since the race on runs and it’s perfect for cold weather and keeping the head and ears warm. Also great for stopping hair from getting everywhere when it’s windy. 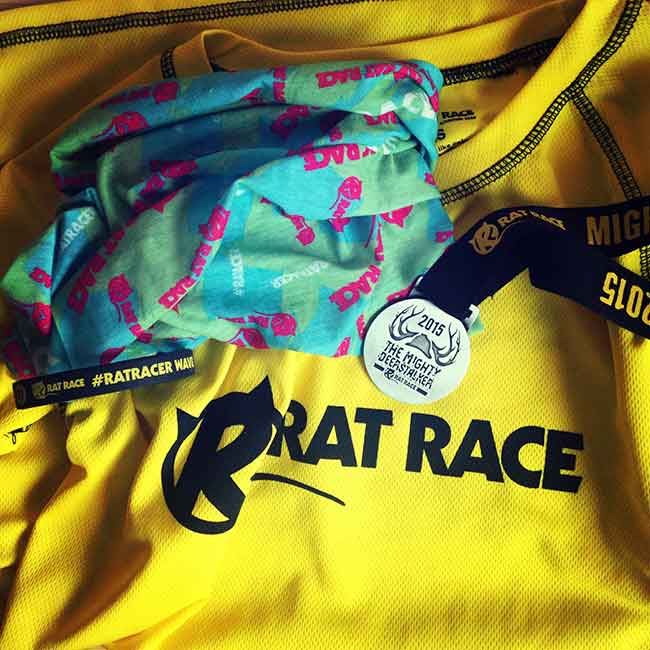 I guess we definitely got our money’s worth with the stuff… t-shirt, headband, wristband and medal.

Overall, it was a great race, but I think the lack of obstacles was disappointing. Perhaps the real challenge is the night Deerstalker! Maybe next year…?!