I took the plunge at the end start of March and travelled down to a farm outside Northampton to do The Saviour Race – a one-off 6k event put together quickly by Obstacle Race Magazine to fill the void of another, bigger race that had been cancelled at the same venue that weekend. It was relatively cheap (~£30) for an OC race and I needed a break.

Sadly I failed at photo-taking, being a bit nervous and cold, and this is the only one I have of the spectator area or any of the course. Behind the camera here was the food/sign-in/merch tent, and the people are standing around in the spectator area. This visible part of the course was near the beginning – we started by ascending the slope on the left, ran away over to the left for a bit and looped back past the big silo thing, then up and down between the marker tape trying not to fall over in front of everyone because that would be awful. There were lots of serious OCR people about with lots of serious OCR clothes on.

The first ‘obstacle’ was these barrels. By this point I’d made a couple friends – shout out to Vik and Gabe (brother and sister, both under 18 and absolute beasts!!) who I think were ahead of me here. We were chugging along together and almost ran around the barrels (I was definitely not in the zone yet, thinking, “Who put these here?! These are right in our way.”).

Then came the Smelly Bog of Waist-Deep Cow Poo, foreshadowing some of the coldness that was to remain for the rest of the race. There were only maybe 5 obstacles overall – a couple of tall metal runged ‘A’-frames, some logs, a neck-deep pond, a steeply sloped, roped wall with a vertical wall drop on the other side and some monkey bars.

However, the overall challenge of the race was the water. We were constantly in and out of ponds and rivers of varying depths and currents and I got miserably cold, fighting a mini-breakdown when we got to yet another river. I could not warm up, despite running and running. Things got bad enough that I was running with my hands tucked under my armpits at times to warm them up – the fingerless gloves helping but carrying water themselves. It was a freezing day with a biting wind, and by the time we approached the deep pond I almost chickened out and took the easy route along the side at shin-depth. At the last moment, though, I changed my mind because I hadn’t got through 2/3rds of the race and a Bog of Cow Poo to be beaten by a large-ish pond, which did have a rope strung across to guide you. And by the time you’re in water that deep it’s much warmer than being outside anyway…!

Right on the other side of the pond came the sloping wall, which was just closer to vertical than comfortable. I got about half-way up by hoisting myself with the rope when my trainers started to really slip and my grip going. The guy next to me went crashing down and almost took out his shins on the wooden edge at the bottom. My hands were so numb and everything soaking that I knew I could not get to the top without slipping, so came back down gently and took the ladder on the side to reach the platform. There was still a good 5 foot vertical wall on the other side though, so I felt by getting down that unscathed, I hadn’t completely given up.

The monkey bars, which I’d trained for and was so keen to do were an absolute fail (although not as bad as the Spartan Sprint last year!). At least reached the third rung this time before dropping – they were rectangular, thin bars that sloped up and even with gloves, my frozen, pink hands had no chance. I’ve realised with monkey bars it’s not down to strength – anyone can support themselves – but it’s the pain in the hands that make you fall.

Overall though, it wasn’t too bad (although it took 45 minutes in the car with the heat blasting before my teeth stopped chattering and I stopped shaking violently) and when we got running, especially downhill, it was fine and quite enjoyable! 🙂 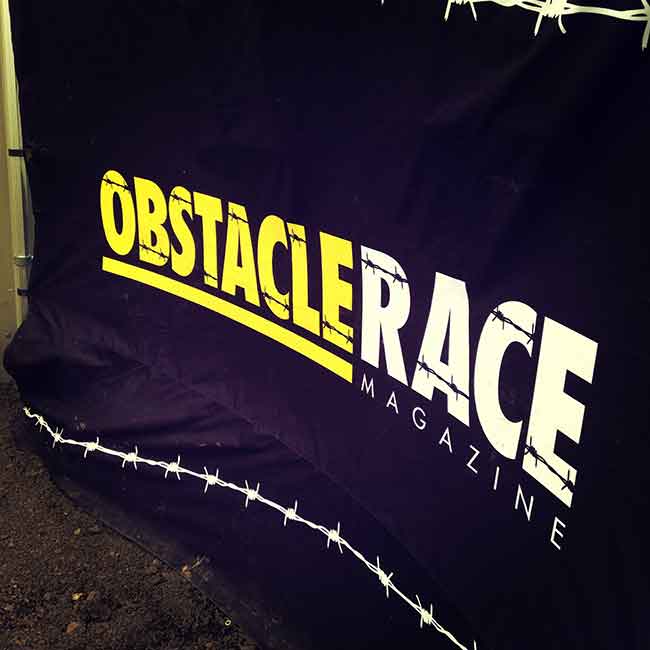 I think I can now put a ‘lessons learned’ down for OC racing. This time:

It’s been worth getting better quality pieces of kit though, and I might gather some thoughts on what to wear for OC racing soon.

I think the organisers have created another event for the 1st November – ‘King of the Hill’ – at the same farm which might turn into a more annual thing, but as far as I know the Saviour Race was a one-off. 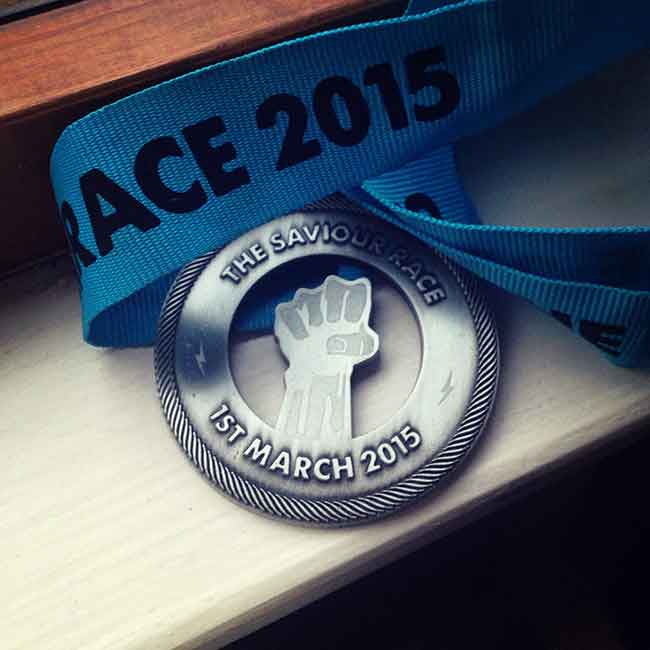 Euuugh, I greatly admire your ability to get through a Smelly Bog of Cow Poo! You’re a trooper! 🙂 I started my Spartan training last night by going to a weights class at my local gym… can hardly move my arms today but hopefully this will kick start the strengthening of my puny little body, lol. Looking forward to it!