My to-read pile at the moment is getting ridiculous. There are bookmarks in four books at the same time, three waiting to be devoured and, thankfully, one finished. 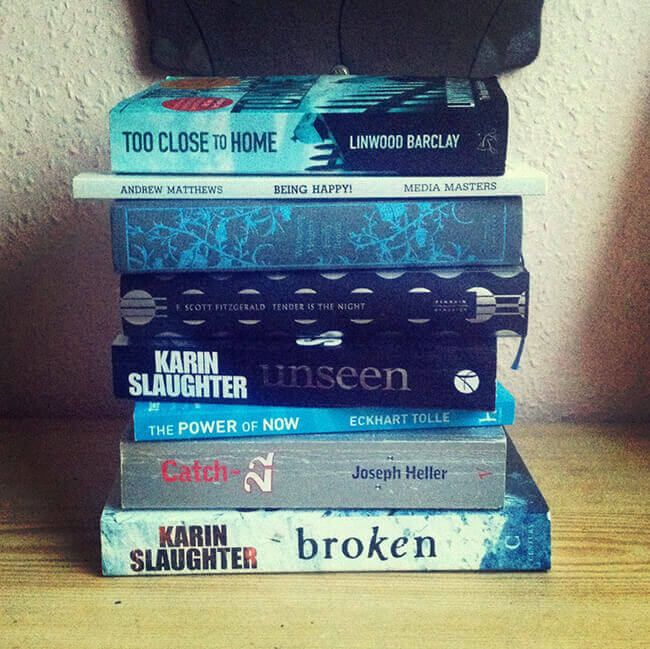 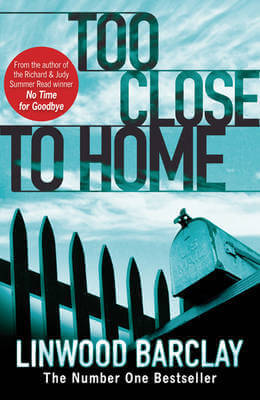 Too Close to Home by Linwood Barclay

This is the first of the pile to have been picked up at a jumble sale at the end of November; I finished it within a few days! A couple of years ago I got quite into these plot-driven detective novels (especially the Kathy Reichs series, from which Bones, the US television show, is based) but haven’t read any since.

The writing itself leaves an awful lot to be desired, especially at the start, but I ended up getting really into it and the twists are excellent. Suffice to say I flew through it – it’s an easy read and my brain didn’t have to do much thinking, apart from guess whodunnit (correctly, hehe). Now passed on to a friend to enjoy.

Being Happy! by Andrew Matthews 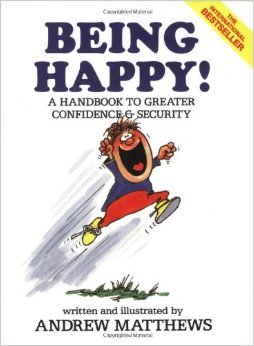 This was found amongst some old books in our house. I immediately put it into the charity box, being dismissively judgemental about its horribly cheery and silly cover (bah, humbug) but when doing a last once-over of the box, had a flick through and realised I could probably actually do with a lot of the advice within it…

This is a little gem. It’s basically common sense, but delivered in a straight-forward manner that makes you realise it’s pretty accurate.

Above all, be gentle on yourself. Accept and love yourself where you are right now and acknowledge that even up until now you have been living life the best way you know how.

See, ghastly. And another one:

Time doesn’t really exist, except as an abstract concept in your head. The present moment is the only time you have. Make sometime of this moment! 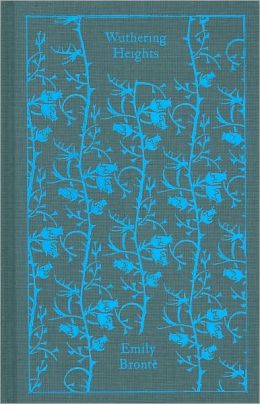 First year of university my best friend and neighbour in halls lent me her copy of Wuthering Heights as I had run out of things to read. I bought this beautiful Penguin Classics edition this year.

It became of my favourites books quickly back then – it’s awful, painful, horrific and tragic. So I’m reading it again, for the pure devotion of Heathcliff to Cathy, their simultaneous indifference and passion for each other, and my favourite quote. Of. All. Time.

Catherine Earnshaw, may you not rest as long as I am living; you said I killed you – haunt me, then!

Heathcliff, so consumed with screaming despair over losing Cathy, goes as far as challenging her ghost to haunt him in hatred, just to be with her once more. What is better than that? NOTHING. NOTHING IN ANY LITERATURE OF ALL TIME (debates welcome). 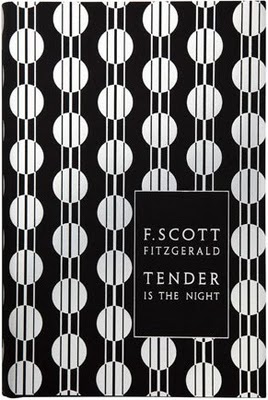 Tender is the Night by F. Scott Fitzgerald

My love for F. Scott Fitzgerald’s work knows knows no bounds, yet this one is quickly turning into my arch-nemesis. I started it in February, am currently only half-way through and absolutely nothing has happened yet. It moves in the classic, lilting Scott Fitzgerald style; the characters drift through their gentle and privileged lives not really doing anything while falling dramatically in love. This time a young American teenage actress takes a break in beautiful France in the twenties and falls head-over-heels for a married man. And that’s about as far as I’ve got, unfortunately.

Unseen and Broken by Karen Slaughter 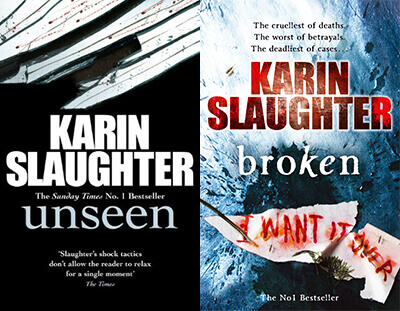 Another couple of cheap jumble sale grabs, apparently written by a woman who was born to write murder mysteries. In the same vein as Too Close to Home, so hoping for good things. 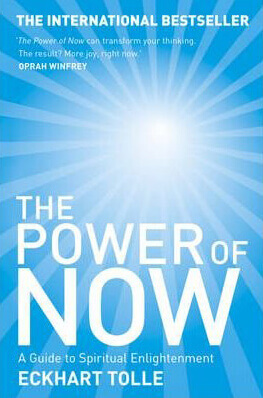 The Power of Now by Eckhart Tolle

Been wanting to read this for a while. More mindfulness and a big bestseller in the self-help movement.

I’ve heard a lot about this and its two ‘sequels’, Practising the Power of Now and A New Earth: Create a Better Life, so thought I would start the new year with an open mind. It’s also a lovely small book, hopefully the easiest of the lot to carry around for any moments requiring emergency reading, like being stuck on a bus or avoiding people. Or both. 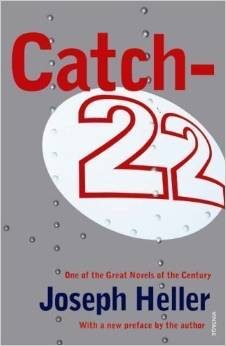 And finally, a book I’ve been dying to finish for years. I found a copy in the wings during a school show and spent the entire time I wasn’t on stage sneaking over and reading the first couple of chapters (being in the chorus, and having no friends, I definitely wasn’t missed). I luckily grabbed my own copy at the jumble sale, and can’t wait to get back into it.

The most important thing I am desperate to learn is what the catch-22 in the book actually is as it’s such a frequently-referred-to trope in real life. Embarrassed to say I have no idea.

So I reckon this little pile of books will last quite a while. Especially Tender is the Night, which is obviously endless. I’m trying to get into the habit of reading before sleeping again, but also also curling up with a book from time to time, which I rarely do anymore.