She’s just a girl and she’s on fire…

It’s good to get some initial motivation going and it’s a great warm-up track.

I prefer the Inferno Version so much more because of Nicki Minaj’s parts. Minaj opens, rapping about the ghost of Marilyn Monroe, which gives a more intense beat to start running with as opposed to just Key’s vocals. It’s a song about strong, powerful women and it couldn’t fit better with working out!

Key’s lyrics are pure fuel for trying to keep yourself moving.

Despite the positivity of the sung lyrics, Nicki’s rap at the beginning is pretty dark. She’s being tempted with suicide by the ghost of Marilyn Monroe, showing the final vulnerability of Monroe herself (who was the archaic epitome of femininity, strength and magnetism) while simultaneously illustrating Minaj’s strength in resisting that temptation (“I’m into ghosts but, I ain’t doing stunts with her”).

Not that analysing Nicki Minaj lyrics is really the most credible thing to do, but some of her lyrics are well-written with a deeper message (I’m definitely not talking “Anaconda”) and the ones here paint a very lucid mental image. Considering there are only a handful of successful female rappers, when those in the lead are exhibiting formidable self-confidence and internal strength, hey, you can literally run with it.

Nobody knows that she’s a lonely girl
And it’s a lonely world
But she gonna let it burn, baby, burn

The whole song represents the dichotomy between lonely vulnerability and inner strength. You are strong, despite your setbacks. So just keeping moving forward.

This song is my secret weapon. It’s hidden away on an old Rihanna album and would come under what Nike+ describes as a “Power Song”. Its beats per minute is perfect for picking the pace up when you’re drooping and feeling like you’re going backwards. I try to time it at a point in my playlist when I’ll likely need it.

One of my favourites from the summer; I’m obsessed with this song for so many reasons. It is brilliant to run to. It has a similar BPM to “Sell Me Candy” which comes on as a driving clap and makes your feet naturally match it. The music video is also gorgeous; Azalea is a obvious cinephile with each of her videos paying homage to a classic film! 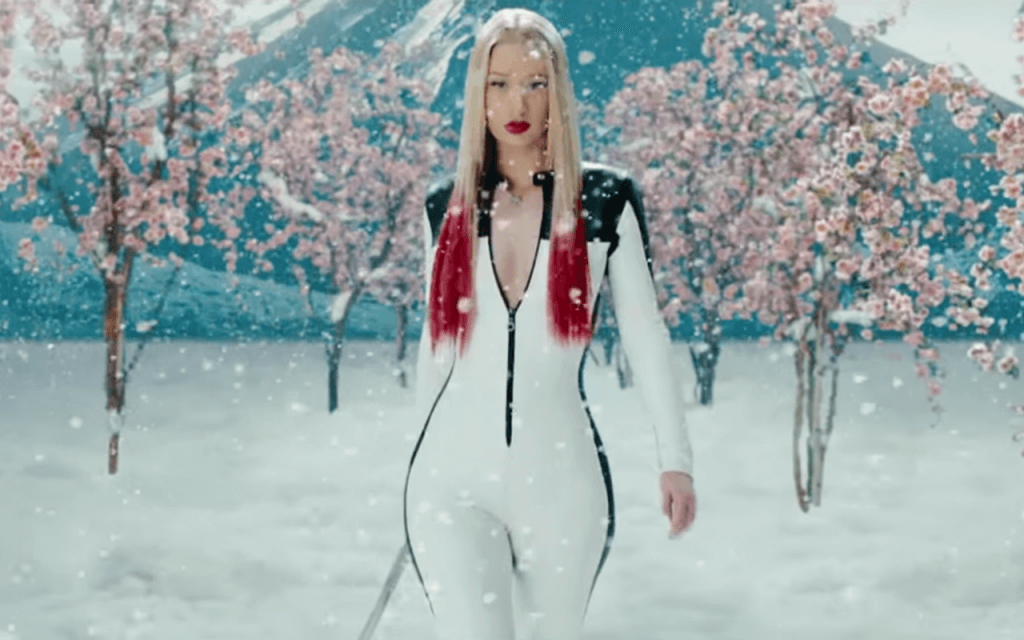 Starting with “Girl on Fire” and scattering “Sell Me Candy” and “Black Widow” throughout my running playlist means that each run has some consistency and uses music to pick up the pace at much-needed moments. I’ve tried many, many songs and these three are the honestly the best I have found so far.