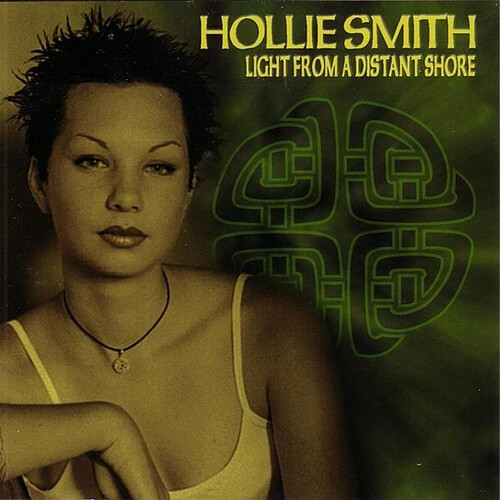 A particular song shuffled on the other day from an old album that was one of the first CDs I ever owned. The song remains one of my favourites. It’s beautiful, sharing the name of the album it’s from – Light from Distant Shore by Hollie Smith (1999).

I can’t find it on YouTube, only a few songs are there, but after a little Googling found the official MySpace page with the full version.

I bought the album age nine from the gift shop of Urquart Castle which stands on the banks of Loch Ness. It takes me back to summers spent travelling around Scotland visiting castles, standing stones, brochs, cairns, ruined churches and cup-and-ring-marks (always a favourite: is this a cup or ring mark? Is there really any difference?). I spent £15 on it, which was pretty much all the money I had for the summer, having heard it being played on the loudspeakers in the shop. I suppose anything you buy with your own money is a big deal when you’re nine and I remember being so careful and proud of it. Fifteen years later and it’s never left my iTunes.

It’s a Celtic album and the songs are gentle, quiet and lovely. It turns out Hollie Smith is from New Zealand and was only 16 when she recorded it – this seems incredible when you hear the  gravitas and maturity in her voice. Some songs are versions of traditional Celtic music, like ‘Skye Boat Song’ and ‘Amazing Grace’, but others use lyrics to paint pictures of wounded soldiers on battlefields giving their last wishes, betrayal, love sought and love lost.

I think the reason I love ‘Light From A Distant Shore’ so much is because it conjures up such strong mental imagery of the Scottish Islands. The Inner/Outer Hebrides, Orkney and Shetland are some of the most beautiful places on Earth. They’re bleak and desolate but calming, which is resonated in the lyrics.

There’s a place I go to when I need some shelter from the storm.
Where none will find me, yet tomorrow, I’ll return my soul reborn.

So I watch, as the days go by. I see my ship with the sails pulled high.
One last time I will journey to forgotten shores where souls renew.

This is only picture I have of any Scottish Islands as everything was pre-digital photography (this trip was 2011). These are the Garvellachs, a set of three islands in the Inner Hebrides. We visited some of the ruins – a fort – and I think this photo was taken looking back across the water.

I wish I had some photos of Tiree, Skye or even Eriskay (which is mentioned on the album, in ‘Eriskay Love Lilt’) but I guess that’s motivation enough to return someday and see the places through the eyes of an adult. I want to go back very badly – Scottish islands definitely have that pull.

Colour and cinematography in ‘Come Back Home’ by 2NE1

Combining a love for Korean pop music and colour palettes in visual media, this is a brief look at the beautiful composition, tones and cinematography in Come Back Home by 2NE1 (YG Entertainment, 2014).

The best songs to run to